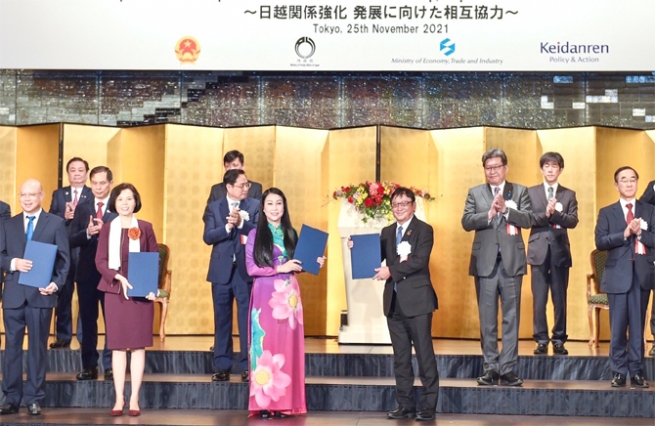 Under the witness of Prime Minister Pham Minh Chinh at the conference, Ms. Hoang Thi Thuy Lan signed a memorandum of understanding (MoU) on investment cooperation between the Vinh Phuc Provincial People's Committee and SOJITZ Group and its investment partners in Vietnam. The MoU featured investment for a shift from pig farming to cow farming, slaughtering housing construction and meat processing, preservation and distribution in Tam Dao district, Vinh Phuc province.

Costing over US$500 million, this is the largest agricultural investment project signed between Vietnamese and Japanese enterprises during the visit.

The project includes the following components: Investment in livestock farming and beef processing and distribution for the domestic market and for export, which will help boost agricultural development cooperation between Vietnam and Japan in general and between Vinh Phuc and Japanese enterprises in particular. The project also connects business cooperation of the two countries from technical cooperation, research and infrastructure development to joint venture and direct investment in high-tech agriculture. This project also included agricultural tourism.