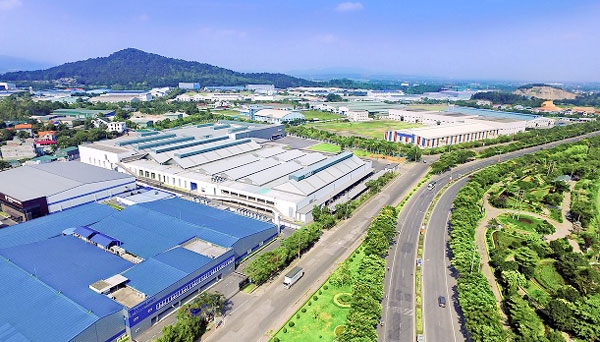 Some new industrial parks also sped up their infrastructure investment, including 213-ha Thang Long Vinh Phuc Industrial Park, invested by Sumitomo Group of Japan since September 2017 in Thien Ke and Tam Hop communes, Binh Xuyen district. To date, the park has attracted 18 tenants which are employing thousands of workers. Once completed, the facility will attract 60 - 70 investment projects from Japan and generate 20,000 - 22,000 jobs.

Despite being affected by the COVID-19 pandemic, stable business performance in Vinh Phuc-based industrial parks has been maintained thanks to the effort of the Vinh Phuc Industrial Parks Authority and the tenants in the fight against the pandemic. Vinh Phuc province expects to draw 50 new projects into its industrial parks, including 30 FDI projects with US$790 million of investment capital and 20 DDI projects with VND13 trillion, up 44.7% year on year.