An Thi district is oriented to develop and become one of the key industrial development centers of the province. To achieve this goal, the district is focusing on well performing ground clearance, creating a clean land fund to attract investment.

In the period of 2021-2025, the district leaders, authorities, mass organizations and functional offices and committees will focus on well implementing compensation work, speeding up site clearance and creating most favorable conditions for investors to implement traffic works, infrastructure investment projects in industrial parks and clusters in An Thi according to the proposed plan. 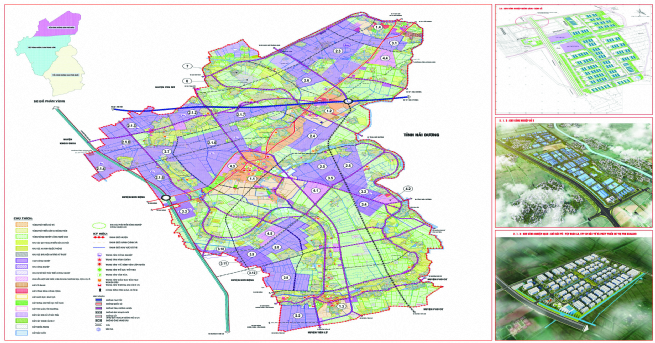 According to the preliminary assessment, the above tasks have been successfully implemented initially. The Standing Committee of the District Party Committee and the Standing Committee of the District People's Committee have promoted their collective wisdom, respected the principle of democratic centralism, clearly assigned responsibilities to collectives and individuals, especially the responsibility of the leader in directing, operating and organizing the implementation. The directives, resolutions and plans of the Central Government, Hung Yen province and An Thi district have been put into practice soon, achieving positive results in the fields of life, culture, economy, society, security, national defense, especially in compensation for ground clearance. Through “reasonable” methods, organizing the "synchronous, uniform, public, transparent and strictly disciplined" implementation, these have created a high consensus and agreement of people, businesses, and investors. Traffic and infrastructure works in industrial parks and clusters have been conveniently deployed in the area.

An Thi's socio-economic picture in 2021 saw many positive changes. The total budget revenue of the district was over VND392 billion, the per capita income was estimated at over VND50 million, the proportion of multidimensional household poverty was 4.99%. The material and spiritual life of the people was enhanced; there were 4 communes recognized by the province to achieve new advanced rural areas; the national defense and security were maintained, the social order and safety were ensured. The district has gradually adapted flexibly to the COVID-19 epidemic; continuing to improve the investment environment; focusing on attracting investment in developing clean industries and supporting industries; services, commerce and housing; and urban agriculture and spiritual tourism. 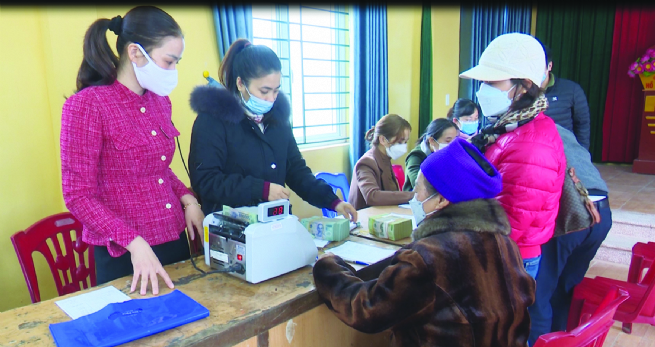 In particular, the district leaders took the initiative and joined with mass organizations, political and social organizations, specialized cadres, etc., regardless of day or night, always presented at the planning places to propagate, mobilize people to clearly understand the purpose of ground clearance as well as the benefits of the people and the compensation policy in accordance with the State's regulations for the relocated “property on land". This diligent approach was a positive sign for the planned scale of over 1,000ha of site clearance in 2022 that the district had set out.

In just the first few months of 2022, An Thi cleared over 200ha; specifically including: Supporting for compensation for clean industrial parks (IPs), Quang Lang - Dang Le industrial cluster (IC); effectively implementing the site clearance of IP No. 5, Van Nhue IC and urging the investors of infrastructure in IP No. 3 and approved industrial parks and clusters for investment to ensure meeting the schedule. It actively discussed and removed obstacles of investors to speed up the progress of projects being implemented in the district.

Especially, with a clean IP land fund with an area of 143.08ha with a total investment of VND 1,788.59 billion (located in Xuan Truc commune, An Thi district and Hong Tien commune, Khoai Chau district), within 2 months (from December 5th, 2021 to February 5th, 2022), An Thi completed the compensation and relocation procedures and initially handed over the clean ground to the investors.

Thanks to the efforts of the Party Committee, the government and people, by the end of 2020, An Thi district was recognized as a new rural district. In which, 200 projects were invested in new construction, renovation and repair with a cost of nearly VND600 billion, including various fields such as: education, culture - society, office; inter-commune and inter-village roads.

Since 2016 until now, An Thi has focused on investing in renewing and upgrading nearly 300km of district roads. At the same time, according to the plan by 2030, there will be 4 national highways passing through the district. These are the route connecting the ring road 5 of the Hanoi capital area, which is urgently under construction; Hanoi - Hai Phong expressway; the road connecting Hanoi - Hai Phong highway with Cau Gie - Ninh Binh highway; National Highway 38, National Highway 38B and 7 provincial roads passing through the district. In particular, the transportation system continues to be expanded to maximize the advantages of the district to promote investment attraction for sustainable development in various fields. The traffic routes will connect An Thi with the neighboring districts and many provinces and cities such as: Thai Binh, Hai Duong, Bac Ninh, Ha Nam, Hai Phong City and the capital Hanoi.

An Thi is a land with a tradition of culture, especially in terms of professions and examinations, many people passing the royal examinations worked in the court and became Ministers. The talented heroes who had greatly contributed to the people and the country were recorded and inscribed on stone steles, kept at the Temple of Literature (Hanoi). An Thi is also a land with many historical and cultural relics. The whole district has 240 relics, including 15 national-level relics, such as: Temple of General Pham Ngu Lao in Phu Ung commune; Temple of the cultural celebrity Nguyen Trung Ngan in An Thi town; Temple of De Thich in Cam Ninh; and Temple of Dao Duc Thien Ton in Hong Van, most relics being preserved and embellished. Every year, localities organize various festivals, including the Phu Ung Temple Festival held every Lunar January, attracting thousands of tourists inside and outside the province to visit and attend the festival.

With practical and effective work, An Thi district has initially succeeded in compensation and site clearance to speed up the progress of traffic works, infrastructure investment projects of IPs and ICs in the area, An Thi has also seriously implemented Directive 12/CT-CTUBND dated September 23rd, 2021 of the Chairman of the Provincial People's Committee. When completing the site clearance and attracting many enthusiastic secondary investors, it will be the driving force for An Thi to develop rapidly and sustainably in the direction of industry - services, urban agriculture - spiritual tourism, experience; turning the district into one of the key industrial development centers of Hung Yen province in the future.