In the 2015 - 2020 term, despite facing numerous difficulties, especially severe impacts caused by the COVID-19 pandemic, with the unanimity of the entire political system and all classes of people, Tay Ninh province rose to successfully realize the Resolution of the 10th Provincial Party Committee. The economy developed rapidly - at a higher rate than the national median, and its economic competitiveness, potential and scale were expanded significantly. Entering a new term of 2020 - 2025, Tay Ninh will strive to achieve many development targets, higher than the national average, to confidently rise to become a relatively developed province by 2030. We have an exclusive interview with Mr. Nguyen Thanh Ngoc, Chairman of the Provincial People's Committee, to learn more about this effort. Cong Luan reports.

Could you please briefly introduce outstanding socioeconomic development achievements of Tay Ninh province in the 2015 - 2020 term?

During the past term, the province's gross regional domestic product (GRDP) rose by 7.2%, higher than the national average. The economic size expanded by 1.68 times from the previous term. Growth quality picked up; per capita GRDP reached US$3,147 in 2020, up to 1.51 times higher than in 2015. Economic structure shifted towards industrialization and modernization, with industry and services accounting for 76.9% of the GRDP. 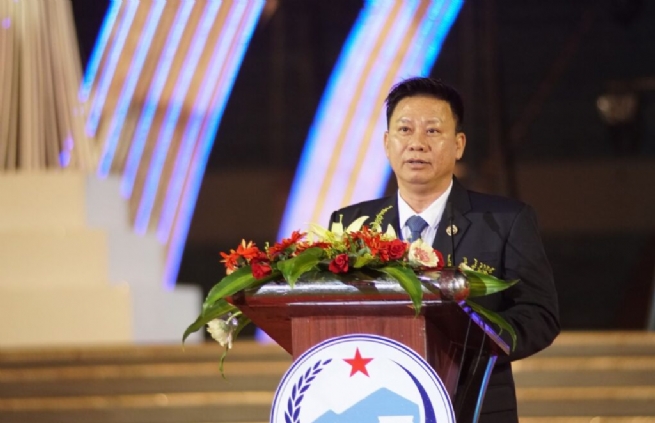 Industry has affirmed its leading role in economic development. In 2020, the industry accounted for 37.8% of the GRDP, a big leap from 28% in 2015. The average production value rose by 14.9% a year in the 2016 - 2020 period. Especially with nine operational solar power plants (total capacity of 678 MWp), Tay Ninh has been ranked among leading solar power producers in the country. The strong development of industrial production was decisive to increase the province's export turnover to US$19 billion, an average increase of 8% a year, of which industrial goods accounted for 81.8%.

Agricultural restructuring towards added value, smart agriculture, organic and export-oriented agriculture. Up to now, the province has attracted 24 agricultural investment projects with a total registered capital of over VND1,652 billion. The consumption market has been expanded. Beside traditional markets like China and ASEAN, the province also exported its products to demanding markets such as the United States and the European Union (EU). Along with economic development, rural appearance, cultural and spiritual life of rural people also made progress, driven by the new rural development movements. By 2020, 45 out of 71 communes fulfilled new rural development standards, reaching 63.4%.

Particularly, the tourism sector made headway. Thanks to consistent and drastic implementation of many solutions, the province attracted many strategic investors such as Sun Group that invested in Nui Ba Den tourist site where it built a cable car to the top of the mountain, recognized as “the largest cable car in the world” by the Guinness World Records; Vingroup invested in a shophouse trade center and a 5-star Vinpearl hotel. To facilitate tourism development, the province has given priority to investment resources for traffic infrastructure like upgrading 30-4 Road, expanding Dat Set - Ben Cui road and other traffic routes to link to Ba Den Mountain national tourist area, Tay Ninh Cao Dai Holy See, Dau Tieng Lake, Southern Central Command National Monument and Lo Go Xa Mat National Park to create attractive, distinctive tourist destinations. The province also developed and built Tay Ninh City into a green tourist urban center, an entertainment and shopping center to meet tourist needs.

During the past term, to enhance investment attraction efficiency, the province focused on boosting investment promotion, organized many domestic and overseas events; and implemented drastic measures to improve the investment and business environment. From 2016 up to now, Tay Ninh's Provincial Competitiveness Index (PCI) rating has continuously risen to stand among good performers (ranked No. 20 out of 63 provinces and cities in 2016; No. 19 in 2017; No. 14 in 2018 and No. 15 in 2019). This highlight was highly appreciated by domestic and foreign strategic investors which sought many cooperation projects with the province. In the 2015-2020 term, domestic and foreign investment will increase 2 times compared to the period 2010-2015. As of 2020, the province had 552 domestic investment projects with a registered capital of VND77,943.06 billion and 350 FDI projects with US$7.77 billion of registered capital.

Along with economic development, the Provincial Party Committee also directed branches and local authorities to prioritize resources for social security policies. The province issued policies on financial support for manufacturing, vocational training, employment and legal assistance; continued to raise gratitude funds and funds for the poor. Over 3,000 new houses were handed over to the poor. By slashing the poverty rate by 0.67% a year, the province had no poor households by the end of 2020.

To make Tay Ninh a relatively developed province of the Southeast region and the whole country by 2030, what key solutions does the Provincial Party Committee adopt?

With the viewpoint "Socioeconomic development is a central task; Party building is a key task; cultural development is the spiritual foundation of the society; ensuring national defense and security is a key regular task”, the Tay Ninh Provincial Party Committee and the government set a development target for the 2020 - 2025 term, with a vision to 2030: By 2025, the GRDP will increase 7.5% or more on average in five straight years, and GRDP per capita growth is higher than the national median, reaching from US$4,500 USD or more. By 2030, it will become a relatively developed locality in the Southeastern region and the whole country.

To realize the above objectives, in the coming period, the province will focus on carrying out many solutions. First, the province will focus on transport and urban infrastructure development investment, especially speeding up the progress of key transport projects that connect regions, projects that produce strong ripple effects on socioeconomic development. Second, the locality will develop smart agriculture; improve value, align production with preservation, processing and export to create breakthroughs in productivity, quality, and output of agricultural products, especially production yield per hectare, higher than the national average. Third, Tay Ninh will strongly and effectively unlock tourism potential and advantages. Fourth, the province will develop and improve the quality of human resources to meet industrialization and modernization requirements in line with comprehensive and consistent administrative reform. Fifth, the locality will further deal with inadequacies and problems, improving planning quality in a dynamic, open and flexible direction, serve socioeconomic development requirements and draw investors. Sixth, Tay Ninh will advance scientific and technological application; apply achievements of the Industrial Revolution 4.0. Seventh, it will study new development spaces; and create development corridors, especially the formation of motivational clusters for infrastructure, agriculture, industry and urban areas with neighboring provinces and cities to create momentum for long-term socioeconomic development.

In order to effectively make breakthroughs in infrastructure development, especially transport infrastructure according to the Resolution of the 11th Provincial Party Congress for socioeconomic development and investment attraction, which key projects will Tay Ninh province be prioritized for development investment in 2021-2025?

2021 - the first year of implementing the Socioeconomic Development Plan in 2021-2025 - is expected for Tay Ninh to open up many advantages but the province will confront numerous challenges, especially in the context of the complicated development of the COVID-19 Pandemic. Could you please describe the province’s commitments to the business community and investors?

To maintain its position as a dynamic economic development driver in the Southeast, Tay Ninh always considers siding with enterprises and investors a very important task. In the context of the COVID-19 Pandemic contagion that adversely affects the economy in general and performance of the business community in particular, the cooperation between the government and enterprises will be the driving force to solve difficulties, boost production and restore growth. 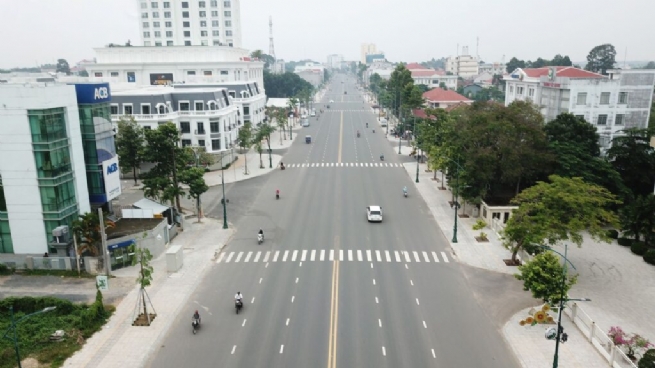 I want to send a message to the business community that "there is the best opportunity in the worst times". Therefore, the coming years will continue to have great opportunities for us to make strong breakthroughs. Tay Ninh province will continue to give priority to investment in transport and industrial zone infrastructure systems to provide premises for investors to locate their projects; use information technology and innovation as the key to success. Importantly, the provincial government always stands side by side with the business community and investors to capture and realize all opportunities, and accompany businesses and investors to success.