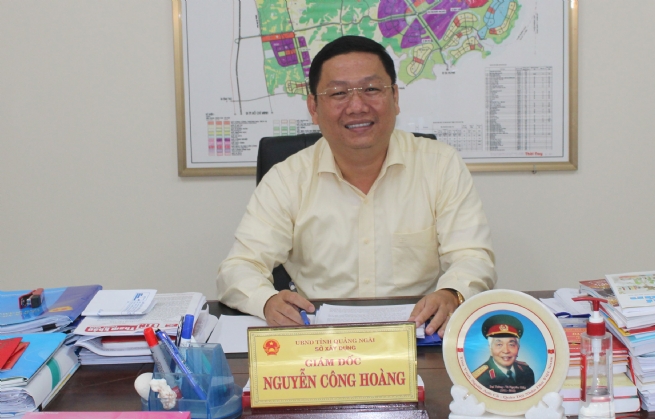 Quang Ngai province currently has 13 urban areas, including one second-grade city, one fourth-grade town, 11 fifth-grade townships and three district centers. All these urban areas were advised by the Department of Construction to the Provincial People's Committee for making a policy on master planning since 2008-2009 and include these localities into the master plan in 2012. Urban planning needs to be carried out soon, synchronously and completely to facilitate management, investment and execution of construction investment projects in the province.

The urban face of Quang Ngai has been lifted, especially in the last 5-7 years. Since 2010, urban development and infrastructure investment, especially traffic and urban infrastructure, has been defined by the entire political system as a breakthrough task that needs to engage the entire political system for implementation. From this effort, Quang Ngai province achieved some encouraging outcomes in socioeconomic development in general and urban development in particular. Quang Ngai City was expanded to become a second-grade city. Duc Pho was upgraded to a fourth-grade town from a delta district. Many other urban areas in the province were classified and assessed to meet fifth-class urban standards, enabling the province to form and develop new urban centers in districts. 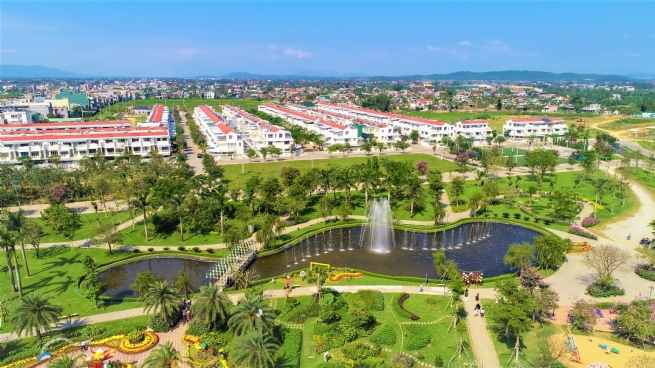 In addition to restoring and upgrading existing urban areas, Quang Ngai province has gradually formed and developed many new urban investment projects, largely in Quang Ngai City, Duc Pho Town and delta towns. New urban areas are synchronously invested in both technical and social infrastructure to give a facelift to architectural and landscape appearance.

Based on its achievements, Quang Ngai province continues to regard urban infrastructure investment and development as a key task to be carried out in 2021-2025 and even to 2030, Hoang said. In this period, the province will continue to develop and upgrade large urban areas. Quang Ngai City to be upgraded to the first-class city, Binh Son to be elevated to a fourth-class urban area and become a town, and Duc Pho Town to be equipped with more modern infrastructure. The province will focus on investing and developing new urban areas in Van Tuong, Ly Son, Son Tinh and other districts and establish new towns under Minh Long and Son Tay districts. According to this approach, urban space development will be associated with quality, green and smart indicators in addition to space expansion, to be places worth living in, responsive and adaptive to climate change and rising sea level.