To unlock potential and resources, Vinh City is working to remove policy bottlenecks in planning, transport and urban infrastructure to turn Vinh into a regional economic and cultural center of the Northern Central Coast to 2023, said Mr. Nguyen Sy Dieu, Vice Chairman of Vinh City People's Committee, in an interview given to our reporter.

Could you please tell us how Vinh City has been promoting the achievements in 2021 to successfully accomplish the city’s goals in 2022? 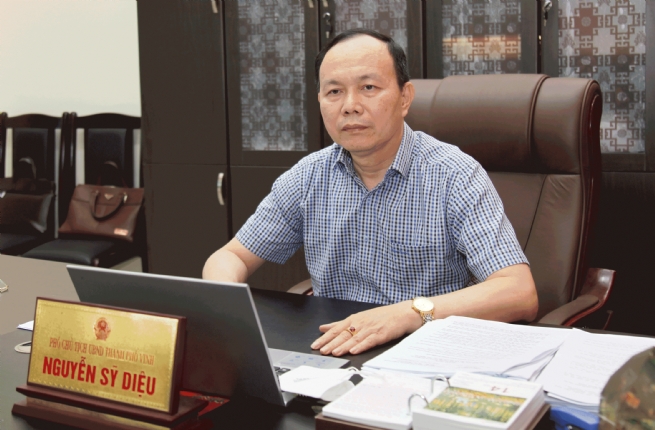 Overcoming the shortcomings and promoting the achievements of 2021, all levels and sectors of the city are making constant efforts to successfully implement socioeconomic development goals and tasks in 2022 and striving for economic growth of 8-9% in 2022.

How will you remove bottlenecks to create breakthrough development in the coming time?

In recent years, Vinh City has achieved many positive results. However, there remained many difficulties, inadequacies and problems. During the execution of Resolution 26-NQ/TW of the Politburo and Decision 827/QD-TTg of the Prime Minister, we needed decentralization and authorization policies for some sectors and fields such as urban planning, public employee and employment contract, and construction investment. As a result, the city lacked the momentum to speed up construction and development to meet the expectations of central and provincial governments. 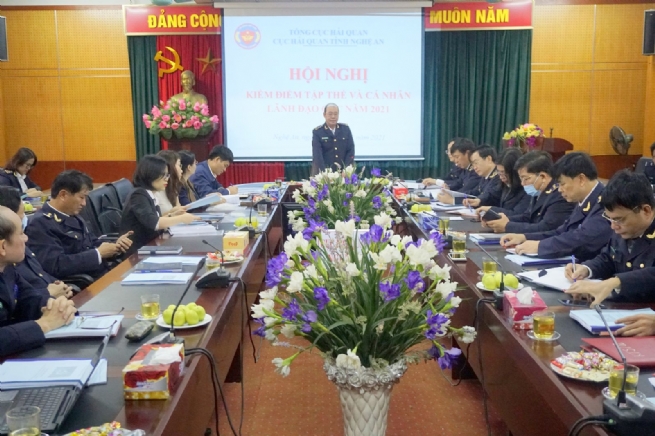 In some provinces, decentralization and authorization of some State-governed fields at the district level produced many positive results, simplified administrative procedures, facilitated and inspired districts to successfully complete their assigned tasks. Hence, the city reported and submitted a decentralization policy for some fields to the province to facilitate and assist local socioeconomic development.

How has Vinh City endeavored to develop into an economic and cultural center of the Northern Central Coast by 2023, as per Decision 827/QD-TTg dated June 12, 2020 by the Prime Minister?

The city has actively and urgently enforced the Prime Minister’s Decision 827/QD-TTg dated June 12, 2020, by working out the action plan and executing it (more than 130 related documents have been issued). Fortunately, Decision 827 was issued one month before the City Party Congress. Therefore, all goals, targets, tasks and solutions are conveyed and concretized into the Political Report, Resolution and Action Plan for implementation of the Resolution of the Congress. 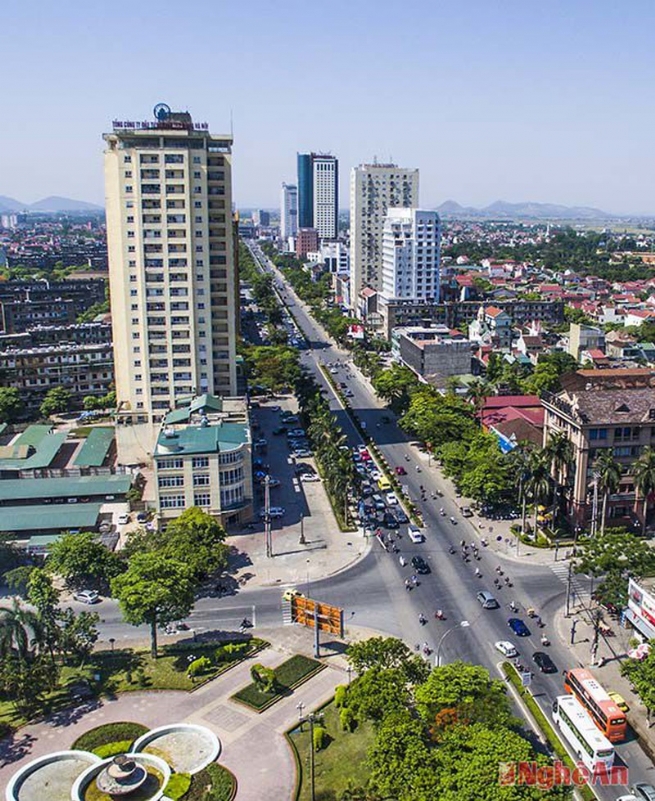 In addition, the city actively advised the Provincial People's Committee to issue Plan 634/KH-UBND dated November 15, 2020 to implement Decision 827/QD-TTg; carried out many major contents and tasks in Plan 634/KH-UBND like submitting to the Prime Minister for approval of investment project for prioritized infrastructure and urban development for adapting to climate change in Vinh City, Nghe An Province; submitted to the Provincial People's Council for the promulgation of Resolution 02/2021/NQ-HDND dated April 15, 2021 on specific mechanisms and policies on finance and budget for socioeconomic development support of Vinh City in 2021-2025; implemented the province’s project on piloting smart cities in Vinh City in 2020-2025; and expanded administrative boundaries of Vinh City.

How has the Vinh Intelligent Operation Center (IOC) contributed to the management and administration?

The IOC demonstrates the determination and desire of the local leaders for smart operations, to reduce procedures, time and personnel, increase supervisory effects in all operational processes, and strengthen the connection between the people and all levels of government.

The IOC is the first step in building a smart city, one of three prioritized breakthroughs in 2020-2025. These initial results have opened up an optimistic perspective of administration and sped up smart city development. Smart cities need to place people and enterprises at the center. If they actively participate and interact in the system, the program feasibility will increase.
After one year of operation, Vinh IOC has facilitated good administration, especially in the fight against the COVID-19 pandemic. The monitoring and reporting system has received and processed more than 350 complaints and recommendations on existing problems in various fields, helping the government receive and handle complaints in a timely manner and enhancing people's satisfaction in this work to 80%. The surveillance camera system has supported controllers at checkpoints to monitor incoming and outgoing vehicles to promptly prevent illegal traffic. The "VINH SMART" application is integrated with many utility software applications of various industries and fields to help people search and quickly look up information from the government, especially in the current complicated pandemic period. The online video conferencing system, which interconnects four levels of government - central, province, district and communes - actively helps administration.

Would you assess the investment flows into Vinh City in the coming years? To make the business environment better, what solutions and activities have you implemented?

Vinh City is developing strongly and comprehensively in all fields. The economy has grown steadily. The urban outlook is increasingly modern, green, clean and beautiful. The city has focused on urban planning, investing heavily in the urban technical infrastructure. The traffic system has been upgraded and constructed, including a 72-m ring road to Vinh City, a 35-m road linking National Highway 46 with the Lam River, Vinh Riverside Road, extended Le Mao Road and Namyangju Dasan Road.

The city is making ongoing efforts to drastically improve the business and investment environment and support businesses and investors. It will host dialogues seeking to tackle investment and business difficulties; complete some economic development models like Cao Thang night street and pedestrian streets; and food & drink streets in Cua Nam Ward. Vinh City will reform and simplify administrative procedures to reduce service time and costs, especially administrative procedures related to investment, land and construction. It will work toward an e-government and digital government. Vinh City is committed to creating the most favorable conditions for investors to study business opportunities and carry out their investment projects.