The southern province of Binh Phuoc called for Singaporean investment in an array of areas during a conference held in both online and offline formats on July 5. 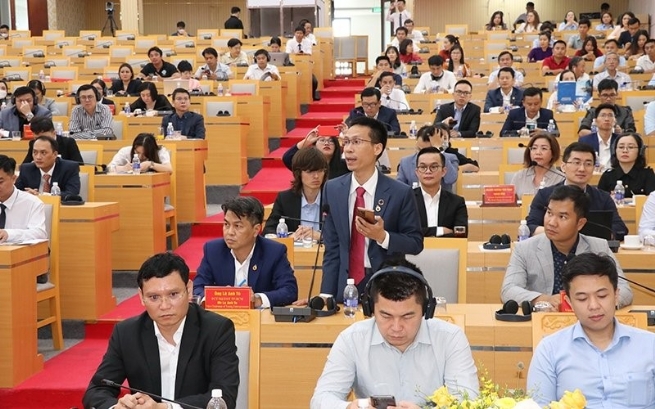 At the conference (Photo: VNA)

Singapore is running 15 projects in Binh Phuoc, with combined investment of 286 million USD, making up 8.5% of total foreign investment in the province. The projects mainly focus on husbandry, meat processing, and producing animal feed, batteries and accumulators.

Binh Phuoc's authorities will create favourable conditions for businesses to operate in the province, the official pledged.

At the conference, representatives from local departments and agencies cleared up Singaporean investors’ concern regarding Binh Phuoc’s incentives towards enterprises, saying the province has adopted its own preferential policies on land and corporate income taxes.

Briefing the participants on Binh Phuoc’s advantages, Chairman of the provincial People’s Committee Tran Tue Hien highlighted its “golden population” with labourers making up more than 60% of the population.

About 80km from Ho Chi Minh City, Binh Phuoc has 13 industrial parks covering more than 6,000 hectares, and three more are expected to be opened during the 2021-2030 period, he said.