Ngoc Hien district is the Southernmost point of the country. Dat Mui commune of the district has three sides bordered by the sea and is the only place to welcome the sunrise from the East Sea and watch the sunset at the end of the day in the West Sea. Ngoc Hien is trying to promote the internal resources, and arouse the potential to continue the strong momentum of the past years. 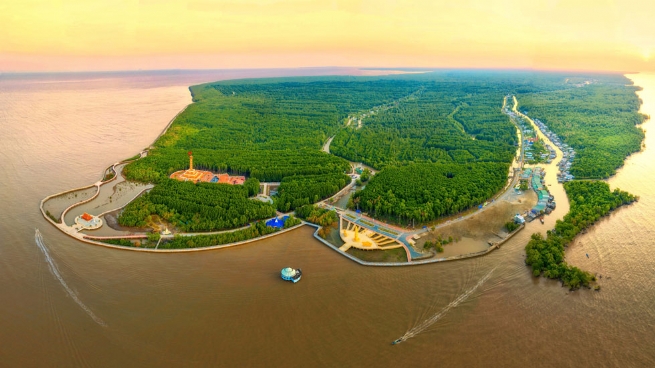 Ngoc Hien district is also the only place where the Cua Lon river flows from the East Sea to the West Sea. The district has Hon Khoai Island cluster consisting of five large and small islands with an area of 673 ha, located 18 km off the mainland. The coast of Ngoc Hien district is nearly 100 km long, and the marine fishing ground is over 15,000 km2. 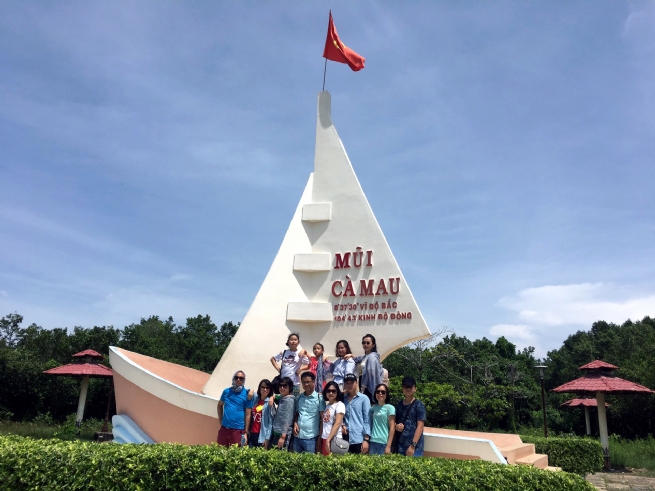 The district strives to achieve a total production value of VND16,950 billion by 2025, with an average annual growth of 10.8%. The district will shift the economic structure in the direction of fisheries - forestry - agriculture accounting for 51.6%, industry - construction accounting for 19.5% and services accounting for 28.9% to match the local conditions, potential and strengths.

At the same time, the locality will continue to improve the quality and efficiency of aquaculture production toward sustainability and adaptation to climate change. In particular, it will focus on strongly developing ecological shrimp farming, giving priority to building a shrimp-forest model, and strongly switching from extensive shrimp farming to improved extensive farming combined with farming of valuable aquatic species. It will organize production in association with chain links, building brands in association with consumption markets. Simultaneously, it will extend effective production models and focus on developing models of mollusc farming, cage and raft aquaculture on rivers and seas especially maintaining the area and ratio of forest cover for ecological shrimp farming combined with farming of many aquatic species under the forest canopy. 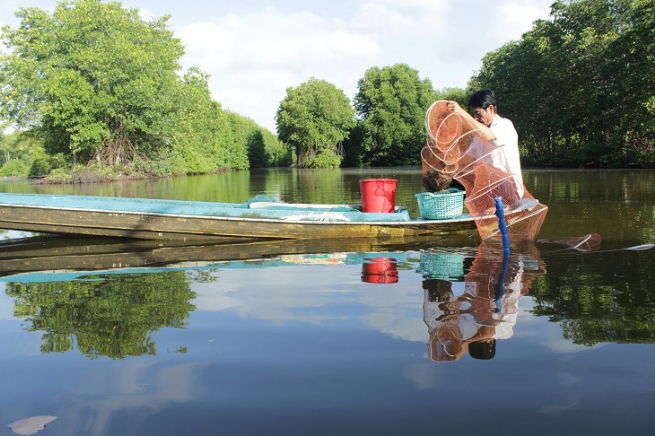 Ngoc Hien will also continue to well implement the domestic and foreign cooperation program on biodiversity conservation. At the same time, it will build technical infrastructure to adapt to climate change and sea level rise to create a solid foundation for sustainable socio-economic development.

Besides, Ngoc Hien also has the advantage of tourism potential, which is one of the future economic potentials of the district. The route from Ho Chi Minh road to Dat Mui coordinate landmark will attract tourists from inside and outside the province, and international tourists. The district will focus on prioritizing key economic development in tourism, which can be an important development orientation of the smokeless industry for the Southernmost land of the country to create an important highlight of Ca Mau Cape.

Ngoc Hien still has the great economic potential of Hon Khoai Island, where the Government and the province have paid attention to inviting investors to build a deep-water port to attract international trade of goods. Several wind power projects in the district are also under construction. Those are an important foundation for Ngoc Hien to become a key economic region of the province.