Binh Duong province issued many effective socioeconomic development policies, including the sustainable industrial development strategy. The province is currently among the leaders of industrial production in the country. 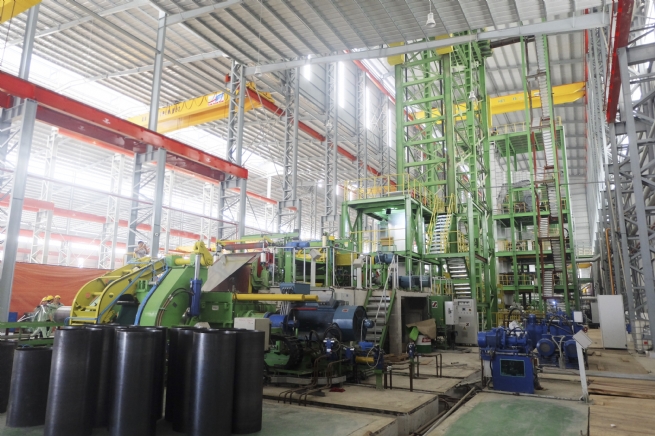 According to Binh Duong Industrial Zones Authority, Binh Duong province currently has 33 planned industrial zones with a total area of 14,800 ha. The province already established 29 of them, covering nearly 12,700 ha of land, including 27 in operation (nearly 10,970 ha) and two approved by the Prime Minister for formation (1,700 ha). Their occupancy rate is over 80%.

Therefore, industry remained a driving force of economic growth of the province. In the first nine months of 2022, the Index of Industrial Production (IIP) rose by 8.7% year on year, boosted by the processing and manufacturing sector that expanded by 8.6% and played an important part in overall growth.

Together with its focus on drawing investment funds for the high-tech sector, Binh Duong province is making every effort to develop supporting industries to control its domestic input supplies. According to statistics, the province currently had 2,277 supporting enterprises, including 442 companies active in the textile and garment industry, 172 companies in the leather and footwear sector, 953 wood processors, and 710 mechanical engineering companies.

Speaking at the Workshop on "Supply Chain Shift - Opportunities for Vietnamese Enterprises" organized by Binh Duong Provincial People’s Committee in collaboration with the Department of Technology (Ministry of Industry and Trade) and Tuoi Tre Newspaper in September 2022, Chairman of Binh Duong Provincial People's Committee Vo Van Minh said, to develop supporting industries a rapid and sustainable manner, especially in the face of the wave of redirected investment flows, Binh Duong is resolved to boost industrial restructuring; and attract and expand potential industries with high science and technology content.