Becamex IDC and People-centered Philosophy for All Strategies

With more than 30-years' experience in industrial and urban infrastructure development, Investment and Industrial Development Corporation (Becamex IDC) has made great contributions to socioeconomic development in many provinces and cities. The core value that makes Becamex IDC brand reputation is a comprehensive ecosystem development model that creates best added values for investors and brings a good life to people. 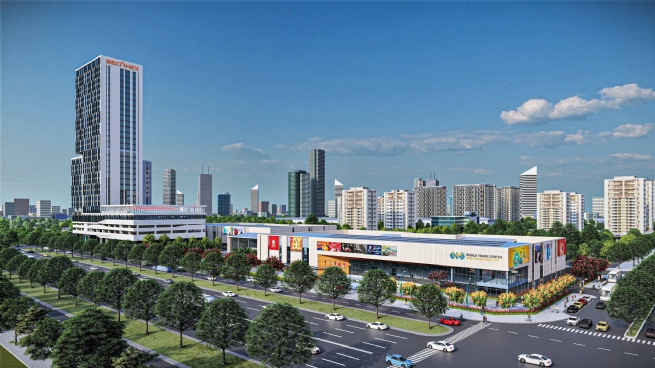 With the mission of starting reforms, Becamex IDC was assigned to enter into a joint venture with Sembcorp Group (Singapore) to deploy the Vietnam - Singapore Industrial Park (VSIP) model in 1996. Incorporated from friendship and economic cooperation between Vietnam and Singapore, VSIP is very successful and keeps developing many projects. From the first VSIP 1 that covers 500 ha in Thuan An City, Binh Duong province to the latest VSIP 3 - Binh Duong, which was just started in 2022, Binh Duong is home to three VSIP projects (VSIP 1, VSIP 2 and VSIP 3). These industrial parks have attracted nearly 600 investors from more than 22 countries and territories with a total investment fund of over US$8.6 billion, and generated 150,000 jobs for workers. In the country, VSIP has been to date developed into VSIP Group with 11 projects in many provinces and cities that drew US$17 billion of investment funds from 860 investors from 30 countries and territories and created jobs for 300,000 workers. Chairman of Binh Duong Provincial People's Committee Vo Van Minh said that VSIP is a solid symbol of good economic cooperation between Vietnam and Singapore. The model of VSIP Group is gradually developing and growing across the country. In addition to owning modern infrastructure, VSIP projects are always aiming for green spaces, with commitments to environmental protection and solutions to support transition to renewable energy, and solar energy and reduce waste and emissions in line with the country's rapid and sustainable development approach.

By advancing its powerful global marketing network, technological progress and extensive experience in industrial and urban development with a dynamic and comprehensive ecosystem, Becamex IDC has become a well-established brand name in the industry. Leading investors from the region and the world such as Lego Group (Denmark), Capitaland (Singapore) and Central Group (Thailand) decided to invest in long-term projects in the Becamex IDC industrial ecosystem after their meticulous research.

To induce investors in the era of digital economy and Industry 4.0 and move towards comprehensive and balanced development, following the Smart City Project, Binh Duong province is developing the Binh Duong Innovation Zone. Joining this project, Becamex IDC is focusing on accelerating the development and construction of foundational projects in Binh Duong New City, which is the center of Binh Duong Innovation Zone; and on construction of science and technology parks. This is an integrated model of industrial parks, science and technology parks and university clusters, combined with the development of livable urban areas.

Becamex IDC also focuses on IT and telecommunications infrastructure to play a bigger part in local socioeconomic development. Building a large-scale data center, an extensive fiber-optic internet system through its affiliated unit, Vietnam Technology and Telecommunication Joint Stock Company (VNTT) in Binh Duong New City, Becamex IDC helps Binh Duong province with an IT and telecommunication infrastructure to develop the Binh Duong Innovation Zone and meet the increasingly strict requirements of businesses and people. Currently, NTT Vietnam (affiliated to NTT East Group of Japan) and VNTT are cooperating in construction and operation of the second data center in Binh Duong.

In order to develop high-quality human resources, Becamex IDC established Eastern International University (EIU) with educational quality that meets Vietnamese and international standards to entice experts and domestic and international high-quality human resources to work. This will give an extra hand to local development. After 10 years of operation, by training excellent students, EIU has gradually affirmed its role and position as a center for scientific and technological research, application and transfer in the region. Becamex IDC also invested in building two large hospitals, Becamex Hospital and My Phuoc Hospital of international standards staffed by highly qualified doctors and nurses to provide excellent medical services and care for workers, experts and people in the locality.

In Binh Duong, Becamex IDC is a pioneer in social housing construction. After 10 years of construction, Becamex IDC has completed 47,500 apartments in the province. Currently, the company is expanding the next phase with a total of 118,234 apartments with selling prices ranging from VND120 million to VND280 million per unit, a chance for a lot of workers to settle down. Becamex IDC General Director Pham Ngoc Thuan said, "Business development is coupled with social responsibility" by forming a complete ecosystem for investors, people and employees. Becamex IDC always wishes to accompany the government and contribute to building prosperity for the land where Becamex IDC is present.

Siding with the province, Becamex IDC importantly helped Binh Duong Smart City to be recognized by Smart21 Communities (Top 21) for four straight times and Top7 twice by the World Intelligent Community Forum (ICF), elevating it to world class. In August, 2022, Becamex IDC (securities symbol: BCM) was honored as "Top 50 best listed companies in 2022" by Forbes Vietnam Magazine for the second time in a row. The company is also an effective digital transformation firm in Vietnam. In September 2022, it was the winner of all three categories of the Autodesk ASEAN Innovation Awards 2022 (AIA 2022) in Vietnam and was the only representative of Vietnam to participate in the South Asia Awards.

Building a development and investment attraction model based on a comprehensive ecosystem, Becamex IDC focuses on planning green industrial parks, interlaced with urban, commercial and service areas. The company pays attention to building social housing projects and resettlement areas for people who gave up their land for investment projects and high-class residences for investors. It also builds traffic, healthcare and education systems to meet the needs of people and enterprises. That is the people-centered philosophy in all strategies that Becamex IDC has pursued over time.