In recent years, the industry of Vinh Phuc province has always maintained a high growth rate. This result is attributed to joint effort of authorities at all levels and enterprises to overcome difficulties. 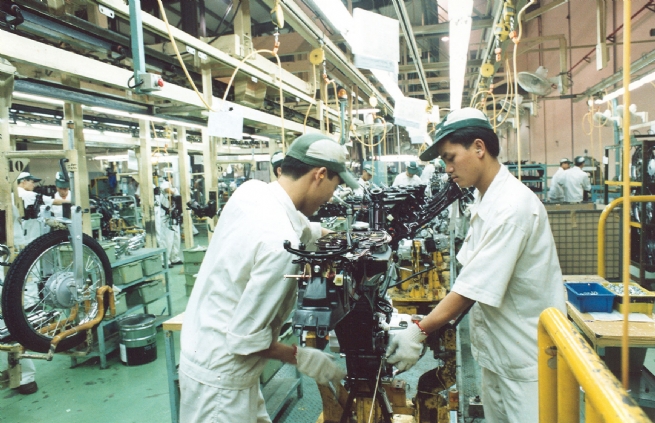 In the 2016-2020 period, Vinh Phuc has attracted US$2.86 billion in FDI capital and VND56.27 trillion in DDI capital, exceeding the set targets and plans. The active contribution of leading enterprises in the world such as Piaggio Vietnam, VPIC1, Partron Vina, Jahwa Vina, Haesung Vina, Exedy, Strong Way and Prime Group has formed the industries creating the province’s key products which are competitive and have high added value.

Specifically: in the 2016-2020 period, the industry and construction sector has continued to grow at an average rate of 10.61%/year, higher than the 10.15%/year in the previous period 2011-2015, far exceeding the target of 7-7.5% set by the Resolution of the 16th Provincial Party Congress; and contributing over 65% of the province's overall growth point.

To achieve these results, in the recent time, many resolutions, programs, mechanisms and policies of the Provincial Party Committee, Provincial People's Council and Provincial People's Committee have been issued. The focus is on helping businesses access preferential loans with low interest rates to invest and bring new and modern technologies into production; promptly solving problems and difficulties in the process of production and business.

With the target that by 2025, the growth rate of industry – construction sector will reach 11.5-12%/year, making Vinh Phuc one of the industrial, service and tourist centers of the region and of the country; The industry will have a new development step, contributing to promoting development and economic restructuring in the area, Vinh Phuc will encourage the development of supporting industries; continuing to maintain and develop the industries of manufacturing and assembling auto parts, motorbikes and electronic components into key industries; giving priority to the development of a high-tech and environmentally friendly industry.

At the same time, the province will continue to enhance investment promotion activities; administrative reform, solving difficulties for businesses; improving the quality of human resources; attracting, calling for investment, completing and strengthening the effective management and operation of industrial parks and clusters according to planning ... It is expected that in the period of 2021-2025, the relocation of investment locations of major economic groups will be an opportunity for Vinh Phuc to attract foreign investors.