Like other localities in the country, Hai Phong City entered the new year with a new spirit, new motivation, and fresh determination to make a spectacular breakthrough to overcome all challenges to achieve great successes. 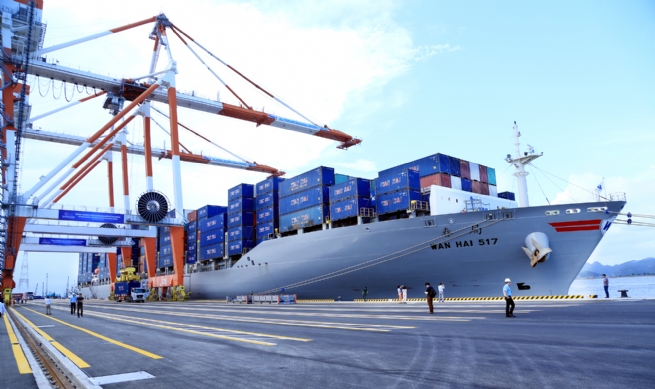 In 2020, Hai Phong steadily led the country in economic growth. The city’s GDP to the country’s GDP increased from only 3% in the previous term to 5.1% at the end of this term, or nearly 1.5 times higher. Industry, seaport, investment, export, budget revenue and total social investment continued to grow. Many indicators saw double-digit growth. In particular, socioeconomic infrastructure developed strongly in the 2016-2020 period.

Infrastructure development was invested a record of VND44 trillion for a series of strategic projects, 46 new bridges, roads and 13 industrial parks ready to welcome new investment flows. Culture and society prospered. Social security was guaranteed. People's material and spiritual life was improved significantly. 11 out of 18 socio-economic targets were fulfilled.

Affirming its position as an international port, a major industrial center of the country, an important traffic hub and a main gateway to the sea for northern provinces, Hai Phong City managed to make very impressive achievements, highly appreciated by the central government.

In a speech to the 16th Hai Phong Party Congress, Prime Minister Nguyen Xuan Phuc stated that Hai Phong has gained an increasingly enhanced image, role and prestige, domestically and internationally. The city overcame the lackluster period and spread a new development atmosphere with strong breakthroughs, obtained important achievements as a result of dynamism and right development policy of the third-largest city in the country. The city upheld creativity and enterprise and dealt with limitations and weaknesses to adopt the best remedial measures.

These comprehensive efforts have changed Hai Phong City’s appearance, initially showing the shape of a civilized, prosperous and modern city. With the goal of building Hai Phong into an ASEAN and Asian city in the coming time, Hai Phong City has defined three pillars for the coming time: high-tech industry; marine economy and port logistics, and tourism and trade. In 2021, Hai Phong City is expected to house big projects invested by famous enterprises such as Terminal 3 and Terminal 4 of Hai Phong Port, International Passenger Terminal 2 at Cat Bi International Airport, and tourism development projects on Cat Ba Island. 2021 will also be a breakthrough year for industrial park development projects, typically the infrastructure system in 600-ha Trang Due Industrial Park (Phase 3), Thuy Nguyen Industrial Park and Nam Trang Cat Industrial Park. 25 key ongoing projects, 31 blueprint projects and 23 nearly inaugurated projects are showing the boom of new projects and constructions in Hai Phong in the first year of the new term and the new decade.

This is the foundation for people of Hai Phong to have more confidence in their potential internal forces, united strength and resolution to realize the dream of being a leading city in the country for the cause of industrialization and modernization, and a top Asian city in the future.