Established on the 70th birthday of President Ho Chi Minh (May 19, 1960), after 60 years of development, Tien Phong Plastic Joint Stock Company (NTP) has always made great efforts to develop its business growth quality, take the lead in many fields and spread the Vietnamese brand of Tien Phong Plastic on the market.

At present, Tien Phong Plastic has production facilities in Hai Phong, Nghe An, Binh Duong with a yearly output capacity of 190,000 metric tons and can make more than 10,000 types products, including the most unique products in Vietnam such as HDPE pipes with a 2,000mm diameter. In addition, a network of nine distribution centers, more than 300 distributors and more than 16,000 retailers has helped NTP brand to be present in 63 provinces and cities in Vietnam and has a large market share of plastic pipes. These impressive figures have affirmed the strength and leadership of Tien Phong Plastic in the construction plastic industry.

In 1965 - 1975 when the country’s resistance war against foreign invasion entered a fierce period, the army and people of the North vigorously endeavored to boost production and dispatch human forces and resources to the South. The calls and slogans for working much harder for the South were really inspirational. Particularly, the “Small Plan” Movement, directly launched by President Ho Chi Minh for teenagers and children, also brought about great effects.

The biggest mark of this movement is the formation of Tien Phong Plastic Factory. After the national reunification, NTP and the whole country entered the stage of restoring and rebuilding production. In 1975 - 1990, NTP met social needs for plastic products. The year 1990 witnessed a transformational change of NTP when the leadership of Tien Phong Plastic adopted a daringly revolutionary innovation with the motto “Selling what the market needs, not what we have”. At that time, NTP made a landmark decision: Stop making traditional products and shift to produce UPVC, HDPE and PPR plastic pipes for construction works. Since then, NTP has been equated to generic plastic pipes. That wise breakthrough step completely changed Tien Phong Plastic.

In 1992, Tien Phong Plastic Factory was upgraded and transformed, and officially operated as a company model. In 2004, it went public and set an important milestone in the development process.

In the past 60 years of development, Tien Phong Plastic has entered the mind of Vietnamese consumers with its premium products. NTP's products are widely used for civil construction and national key projects of water supply and drainage, agricultural production, urban development, buildings, bridges and chemical handling all over the country.

In 2009, the company invested in building a new, modern factory powered by advanced technologies on an area of nearly 20 ha in Duong Kinh district and expanded it in 2018. In 2012, NTP invested more than VND120 billion to build a factory with a designed capacity of 20,000 tons of products a year in Nam Cam Industrial Park, Nghe An province, and a factory in Dong An II Industrial Park, Binh Duong province, which was scaled up in October 2019 after 12 years of operation. By investing in production in all three regions of the nation, Tien Phong Plastic has created jobs and stable incomes for thousands of workers and become the largest supplier of plastic pipes in the country.

Furthermore, NTP also boldly took the lead in investing a lot for modern technological lines supplied by world-leading prestigious brands such as Battenfeld - Cincinnati, Unicor and Krauss Maffei - Germany, Amut - Italy, and Corma - Canada. Especially, the HDPE pipe with Vietnam’s largest diameter of 2000mm has been made and supplied for water supply projects such as Da river, Duong river, Lam river and Dong Nai river and installed under the sea to lead saltwater (nearly 10 km in length) to aquaculture areas and processing facilities of Minh Phu Seafood Corporation. Besides, Tien Phong Plastic’s PE pipe production lines manufacture conduits for underground electric cables of Vietnam Electricity Group and underground telecom cables of Vietnam Posts and Telecommunications Group (VNPT) across the country. 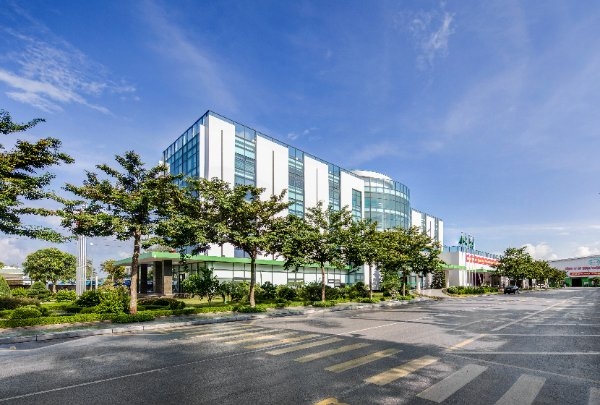 In addition to business focus, Tien Phong Plastic places a strong emphasis on community activities. Pursuing sustainable development with the community, NTP has always been considered a good example of the city and the whole country in charity and community development. Over the past 10 years, the company has participated in more than 20 humanitarian programs, and donated more than VND30 billion to about 70,000 beneficiaries. In particular, the Bridge of Love Program, launched by Tien Phong Plastic in October 2017, has built 60 bridges worth dozens of Vietnamese billion dong across the country, supported tens of thousands of students and residents in Dien Bien, Lai Chau, Cao Bang, Yen Bai, Hoa Binh, Thanh Hoa, Ben Tre, Tra Vinh, Ca Mau, Kien Giang, Can Tho and other localities.

Needless to say, in the past 60 years, Tien Phong Plastic has excelled its task of building and fighting to protect the country while fulfilling the task of developing business and positively contributing to the socioeconomic development of Hai Phong City. At the same time, the company has advanced innovations and technological application, modernized equipment, renovated working thinking and developed human resources to achieve sustainable development and deliver a solid foundation for the company in the market. These are the important foundations for Tien Phong Plastic to successfully overcome challenges in the next stage and adorn the glorious tradition built by previous generations of employees.