Linh Duong Corporation, founded in 2001, is persistently pursuing green and sustainable development by tapping local strengths. The 20-year journey is tied with the development of Lao Cai province. That journey has gone through numerous difficulties, hardships, twists and turns under the ingenious leadership of General Director Nguyen Thi Thanh Tam, who has led the corporation to build the “Tam Tra” brand which is well received by domestic and international markets.

Business startup initiated by effort and will

Seeing that Lao Cai is located in the Hoang Lien Son area where the climate is cool all year round and soil is fertile, with such famous places as Sa Pa, Bac Ha and Bat Xat that appeal to people far and wide. The province is also the cradle of many agricultural products with unique flavors and identities such as San Nung spirits, Bac Ha corn wine, temperate crops, famously delicious Tuyet tea and Bat Tien tea, prompting entrepreneur Nguyen Thi Thanh Tam to choose Lao Cai as a place to start up her business with a high determination to create a specialty imbued with local cultural identity. 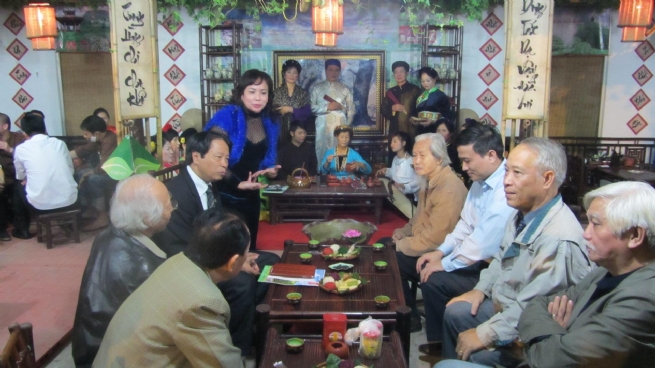 She started her business by trading agricultural products. After a long time in this market, she decided to spend about VND1.5 billion to establish a company, build a factory and build an input area. To do this, she personally went to far-lying villages to choose the land, persuade local people to change their crop structure and quietly outlined the roadmap for implementation.

When she built her factory, inflation rocketed. She even sometimes considered stopping because the estimated budget for the factory escalated from nearly VND20 billion to VND38-40 billion because of inflation and price hikes. It seemed that she could not manage to pass this hardship but she made it. When she completed forming the input area, she had to "fight" with the new product with many questions in her mind: What is O Long tea, where is it sold, how are other products, what technology and production lines are used? In 2001, Lao Cai province allowed the company to test 22 ha of land in Bat Xat district where tea had never been grown, because she found that this vast land was good for tea. She picked and cultivated tea varieties herself and persuaded local farmers to adopt the new varieties. The first step was always the hardest. After going through uncountable bitter hardships, even seemingly insurmountable moments, in the end, she established Linh Duong Co., Ltd in 2001 and upgraded it to Linh Duong Corporation in 2008.

Currently, Linh Duong Corporation is proud to be a tea producer with a sufficient input area, covering thousands of hectares in Lao Cai province. Currently, over 500 ha is being harvested, with 100 ha of Oolong tea that produces more than 1,000 tons a year. Muong Hum tea farm, covering 200 ha, produces nearly 1,000 tons a year. Especially in Ta Phoi, Hop Thanh, and Linh Son tea areas of 300 ha in Lao Cai City, 45 ha of Oolong tea has a yearly output of 500 tons. Particularly, this is not only a raw material area but also an advantage for developing "ecotourism and tea culture". Linh Duong hi-tech tea plant is located on 1.5 ha in Lao Cai province-based industrial park, furnished with advanced processing lines and equipment imported from Taiwan for Oolong tea and from India for CTC black tea. 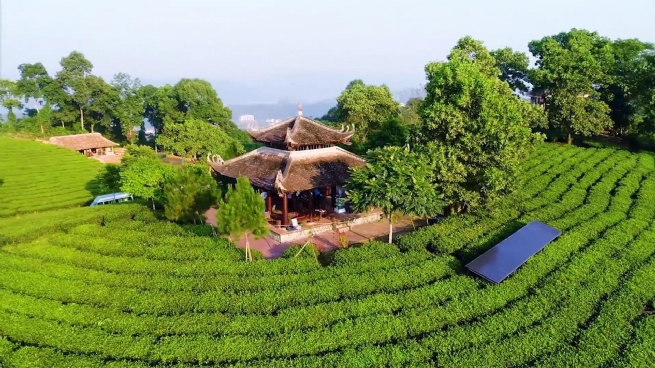 Linh Duong Corporation is the first enterprise in Lao Cai province to boldly invest in building a high-tech tea plant with a daily processing capacity of 12 tons of fresh bud tea, use two Shan Tuyet green tea processing lines powered by Chinese technology and Oolong tea production lines powered by Taiwanese technology, costing VND19 billion. To meet the factory capacity (4 tons of processed tea a day), the company expanded Shan Tuyet and O Long tea growing areas in some communes and wards of Lao Cai City and Bat Xat district. Most of Linh Duong's tea is grown at an altitude of 1,500 - 1,800 m above sea level with a cool temperate climate and fertile soil thanks to the underground apatite ores. Hilly tea is green all year round, with bud yields much more than in other localities.

Currently, Linh Duong's products have been present domestically in supermarkets, administrative offices and stores in Hai Phong, Thai Nguyen, Phu Tho, Vinh Phuc, Hanoi, Ho Chi Minh City and other localities. Linh Duong also established representative offices in Hanoi and Ho Chi Minh City to further expand business presence across the country. For the international market, the firm has exported to some markets such as Russia, the United States and the United Arab Emirates. 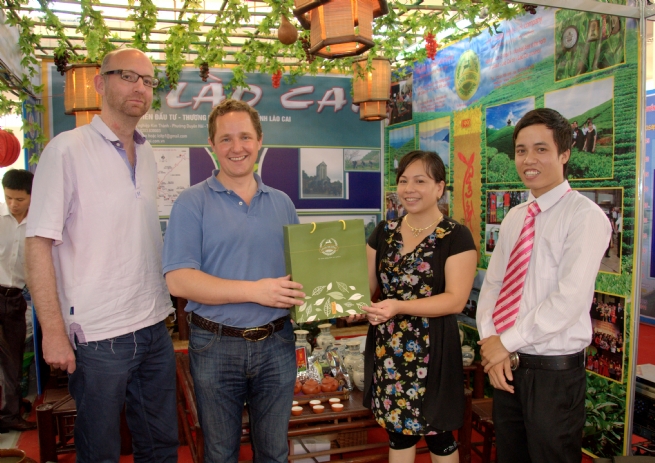 In particular, to invest in solar power for Tam Tra to make a clean tea product, in 2014, as a coordinator of application for the Vietnam Academy of Science and Technology and the Lao Cai Provincial People's Committee, the Ho Chi Minh City Institute of Physics (Vietnam Academy of Science and Technology) linked with the Lao Cai Department of Industry and Trade to realize the dream of bringing solar power technology to Tam Tra high-tech tea processors of Linh Duong Corporation, based in Lao Cai province. On June 8, 2015, General Director Nguyen Thi Thanh Tam pressed the button to turn on the solar power feed into the national grid at Tam Tra Hi-tech Tea Processing Plant. And since then, the system has operated stably, brought a lot of economic benefits and realized the corporation’s dream of clean tea product.

Sharing the upcoming plan, General Director Tam said, “Currently, seeing that the Covid-19 epidemic is very stressful and the demand for clean water and disinfectants is increasing, to meet the demand and fight against the epidemic in the coming time, Linh Duong Corporation will cooperate with some South Korean partners to build a water plant and a disinfectant plant."