As the economic, political, cultural and social center of the province, Ninh Binh City is always united and focused for diversified economic development and attracts investors capable of creating momentum for the local economy.

In recent years, Ninh Binh City’s socioeconomic performance has flourished. The average annual production growth expanded 14.1% in 2015 - 2020; the industrial production value was estimated at VND23,115 billion, up 13% over 2019. The economic structure has changed positively, with a rising share of industry and services. The budget revenue has been on the rise year after year. Corporate startups have increased. Trade and service networks have been constructed and consolidated to form commercial centers such as Van Giang and Dong Thanh. Stable and growing economy and high budget revenue have enabled the city to invest in spacious modern urban infrastructure restoration and upgradation. 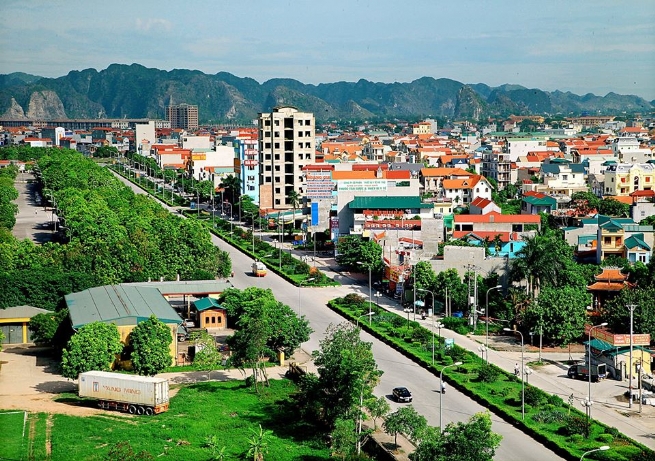 In addition to economic achievements, Ninh Binh City also achieved important progress in social and cultural development and people's life has been stably improved in many aspects. Public awareness of cultured lifestyle, municipal culture and traffic culture have considerably progressed. Thus, people are increasingly conscious of making the city greener, cleaner and nicer. By the end of 2020, the city had 312 poor households, bringing its poverty rate to 0.86%. 5,084 workers were supported to be self-employed and 2,016 people were provided with vocational training and transferred science and technology transfer.

Mr. Dinh Van Thu, Chairman of Ninh Binh City People's Committee, affirmed that, given what it has achieved, Ninh Binh City is striving to successfully fulfil targets set by the Resolution of the 20th City Party Congress (2020-2025 term). The city is resolved to become a political, administrative, economic, cultural, historical and tourist center of Ninh Binh province; a national cultural, historical tourism center of international stature; an urban traffic hub - the southern gateway of the Northern coastal region; and an important site in national defense and security.

In particular, smart and sustainable city development is the goal of Ninh Binh City. On that basis, the city will build an e-government in accordance with the project adopted by the Provincial People's Committee to improve service quality for people and businesses; strengthen management and administration capacity of the political system and authorities of all levels; and enhance publicity and transparency of operations of administrative agencies.