High Expectations for the "Smokeless Industry"

According to the Ho Chi Minh City Institute for Tourism and Economic Development Research, Tra Vinh has a lot of potential for tourism development, with extremely rich natural and cultural tourism resources. Therefore, it is no exaggeration to say that Tra Vinh is "a favorable land", an ideal destination for many domestic and foreign tourists.

“Tra Vinh has rice noodle soup/There is Ong Met pagoda, Ba Om pond/There is a communal house to worship Quan Cong/Temple of Hieu Tu god to worship Tran Trung Tien…'” - Referring to Tra Vinh, many famous attractions can be named. This land also has many unique features that cannot be found anywhere else. This is the land where various ethnic communities are living together, the long-standing living place of three ethnic groups: Kinh, Khmer and Chinese. Therefore, this place has formed a multi-ethnic culture, with many long-standing architectural works having historical and cultural values associated with traditional festivals taking place all year round. 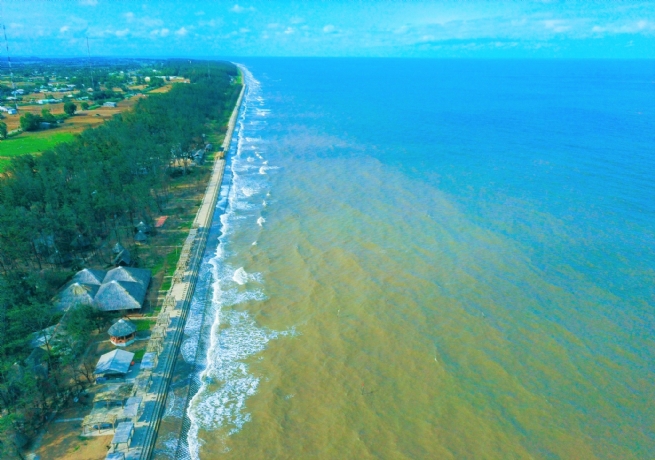 Over the past 30 years since the province's establishment until now, the Tourism industry has gradually become an important economic sector, being effectively built and supported to attract investment by the whole political system. Specifically, in the period 2008-2014, the revenue reached VND 430.5 billion and the number of tourists to the province was 1,791,000 arrivals, the tourism development rate increased by 15% per year on average. The total tourism revenue in the period 2015-2019 reached VND 1,197 billion, the total number of tourists to the province was 3,772,000 arrivals, the tourism development rate increased sharply with an average of 30%/year. In particular, in the period 2015-2020, the province built many programs and projects for tourism development in the period of 2020 - 2025 and orientation to 2030. Specifically, the province's Tourism industry has had the opportunity to work (directly and indirectly) with more than 500 travel agencies across the country, especially in Ho Chi Minh City. Through investment promotion programs, the province has launched a number of typical tourism products such as: "Khmer culture and tourism village in Tra Vinh province" associated with the complex of Ba Om Pond scenic spot and the archeological relic of Bo Luy - Lo Gach Pagoda; the eco-tourism site of Cu Lao Tan Quy (Cau Ke district); and Ba Dong Beach tourist site attached to visiting wind power. 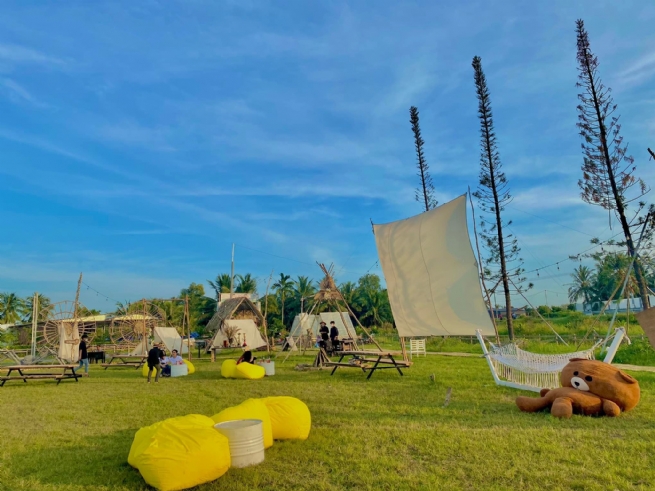 Mr. Duong Hoang Sum, Director of Tra Vinh Department of Culture, Sports and Tourism, added: “In addition to many islands, floating dunes along rivers, along the coast, mangrove ecosystems, the constant accumulation of alluvium has created for Tra Vinh a diversified and abundant agricultural production in all three areas of salt, brackish and fresh waters. Therefore, agricultural tourism and community tourism are also strengths of Tra Vinh province, which have been invested and exploited effectively. Tra Vinh is also one of the localities in the Mekong Delta region which has early issued a specific resolution to support motivation, leverage, and capital for tourism development investment in the area. In the context of the COVID-19 pandemic, in order to promptly support tourism businesses, the industry has advised reducing appraisal fees for issuance of Domestic travel service business licenses and tour guide license, bank deposits for domestic and international tourism businesses; and the rate of a number of fees and charges to support and remove difficulties for those affected by the COVID-19 pandemic and support policies for employees according to Resolution 68/NQ-CP for 46 people with a total amount of VND 170,660,000”.

Objectively speaking, in order to keep up with other localities in the region as well as the whole country, Tra Vinh’s Tourism industry needs to make more efforts and strive; especially when the situation of the COVID-19 pandemic is still complicated. Regarding this issue, Mr. Duong Hoang Sum said that the province would strengthen propaganda to create awareness for the political system as well as the people to understand the role, meaning and importance of tourism development. It will gradually build tourism products based on its strengths of resources, in which developing 03 main tourism products including: cultural tourism, agricultural tourism and marine tourism. The goal is by 2045 to form 03 major tourist centers of the province to become "important tourism satellites" and "impressive destinations" of the Mekong Delta region, including: the tourism center for sightseeing, relaxation, culture and cuisine of Tra Vinh city and its vicinity (Chau Thanh district and Cang Long district); The center for marine eco-tourism in Duyen Hai town, Duyen Hai district and Cau Ngang district; and the eco-cultural tourism center in Cau Ke district, Tra Cu district and Tieu Can district. 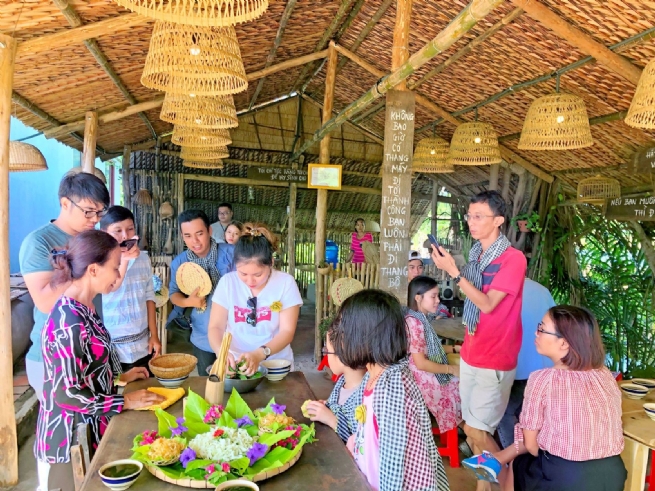 Especially, it will focus on investment resources for infrastructure construction; proactively advise and develop policies to continue to support tourism development investment, create a premise for the effective implementation of the provincial tourism development plan and cooperation and association in tourism development between Ho Chi Minh City and 13 provinces and cities in the Mekong Delta Region. It will rely on the power of technology to propagate and promote the image of Tra Vinh tourism and gradually build a "smart tourism" ecosystem. It will determine that the conservation and promotion of cultural heritage is not only the responsibility of the cultural sector but also the responsibility of all levels, sectors, economic and social organizations and all classes of people. It will issue a Resolution stipulating a number of policies to support tourism development in the area for the period 2022-2025 to attract and create opportunities for investors inside and outside the province; specifically paying attention on key projects such as: Con Ong - Long Thanh hot mineral water mine, mangrove forest of 22/12 Farm, The conservation area of coastal mangrove ecosystem. “Based on natural resources available, with indigenous cultural values, traditional crafts, local clean agricultural production models and more models and unique tourism products, it will certainly be a highlight for Tra Vinh’s Tourism industry to confidently "move from the river to the big sea," said Mr. Duong Hoang Sum.