As a driving force of Hai Phong development, Cat Hai is expected to become a modern tourism - service - industrial center and a key point of marine economic development of the dynamic port city in the near future.

During five years of carrying out the Resolution of the 11th District Party Congress (2015-2020 term), supported by central and municipal governments and endeavored by the Party Committee, authorities and people of the district, Cat Hai has made development breakthroughs and established a new face as a dynamic and creative island district that relentlessly pursues inclusive innovation, industrialization, modernization and extensive international integration. 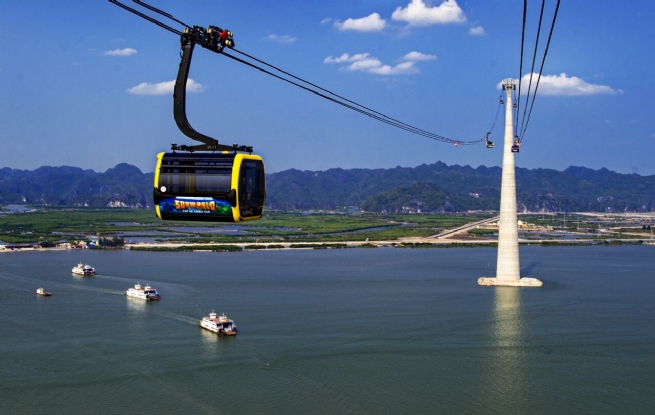 Mr. Nguyen Quang Vinh, Vice Chairman of the Cat Hai People's Committee, said, key drivers are economic infrastructure, transport infrastructure and urban infrastructure investment projects that provide an important premise for the development of the district, the city and the country. Cat Hai has risen to be a leading locality of the city with key and mainstay economic sectors of Hai Phong.

In the service sector, Lach Huyen International Port is on the way to become the largest port logistics service center in the north in the near future. In the industrial sector, Vietnamese branded products made by Vinfast Automobile Manufacturing Complex (Vingroup) have claimed a position and created competition on the world market. Especially in the tourism sector, the cable car system of Sungroup, Flamingo Cat Ba Luxury Resort Complex and 5-star Mgallery Hotel generated impressive highlights on the roadmap to achieve the potential of the Cat Ba biosphere reserve, all connected to a synchronous ground transport system and Tan Vu - Lach Huyen Bridge, now considered to be the most modern of its kind in Southeast Asia. 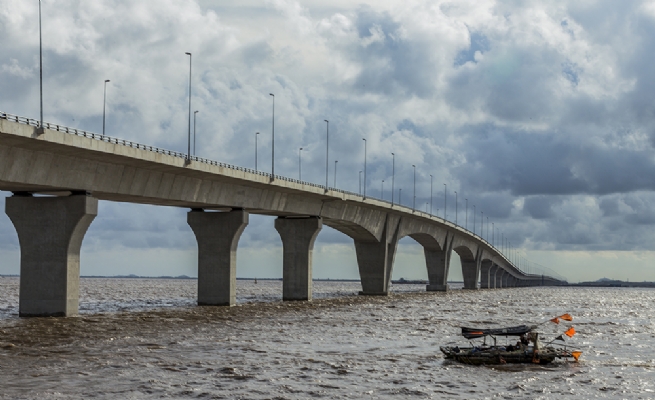 As a breakthrough for an impressive 5-year development of the tourism and service industry, Cat Hai has achieved the highest-ever growth of 17% a year. By the end of 2019, tourist arrivals exceeded the target by 41% and tourism and service revenue reached over VND1.8 trillion, 2.4 times that of the target set in the Resolution of the 11th District Party Congress.

In addition, the total investment fund reached VND102,459 billion, 13.66 times that of the target set by the Resolution. The economic growth averaged 14.6% a year, with the highest record of 16% made in 2018. The economic structure was shifted in the right direction, with the tourism and service sector playing a leading role. Cat Ba district has gradually become an ecotourism center of the country and the world. Local budget revenue increased rapidly and sustainably, with the targeted value achieved three years ahead of schedule. In 2019, the local budget revenue reached VND680.247 billion, 6.2 times higher than the goal detailed in the Resolution.

The district's culture, education and social security have significantly progressed. The people's material and spiritual life has been improved. National defense and security has been consolidated. National security sovereignty of waters and islands have been strengthened. Political security, social order and safety have been maintained to create a stable, safe and favorable environment for socioeconomic development. Although the Covid-19 pandemic broke out on a large scale and adversely affected the key economic sector of the district, with the high determination of the entire political system and the consensus of the people and enterprises, all nine criteria of new rural development in Cat Hai were completed. The district is preparing documents to submit to the city government and the central government for being recognized as “Cat Hai - a district qualified for new rural standards” in the fourth quarter of 2020.

Stepping into the future

Vice Chairman Nguyen Quang Vinh affirmed that results achieved by the district in the 2015-2020 term were extremely important, but there remain difficulties, challenges and limitations to be overcome. For the time being, domestic and global developments are changing amid the strong impact of the Industrial Revolution 4.0, fierce trade conflicts among major economies, and especially the Covid-19 pandemic that disrupted traditional structures. Based on the Politburo's Resolution 45-NQ/TW on Hai Phong construction and development to 2030, with a vision to 2045, Cat Hai has the honor of becoming a key development engine of marine economy for Hai Phong City and for Vietnam as a whole. 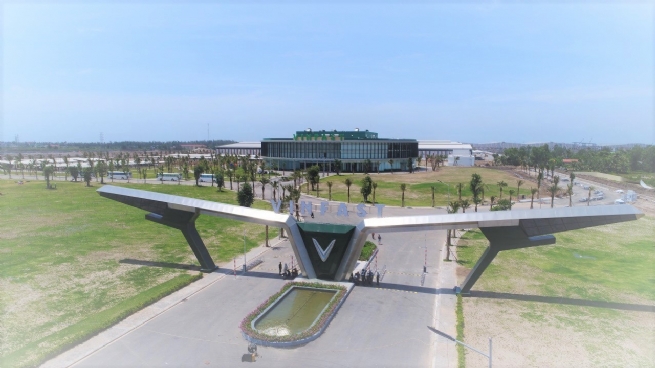