In the 2016-2020 term, thanks to closely following the Resolution of the 16th Provincial Party Congress, the Industry and Trade sector in Phu Yen has experienced impressive growth, continuing to affirm its position as one of the key sectors with many important contributions to the socio-economic growth of the province. 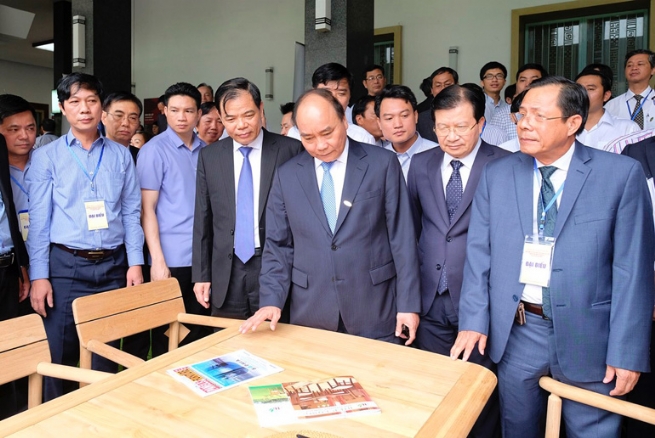 In the period 2016-2020, industrial GRDP (constant 2010 prices) of Phu Yen grew at an average rate of 8.5% / year; total industrial production value was estimated at 6.6% / year. Total retail sales of consumer goods and services grew at an average of 8.2% / year. Export turnover growth was estimated at 13% / year on average. The development of industry and trade has contributed to promoting the shifting of economic structure of the home province in the right direction, with the industry - construction structure increasing from 24.3% in 2016 to nearly 30% in 2020.

In the past 5 years, the infrastructure of industrial zones and clusters has been invested. Many new establishments and factories are equipped with advanced and modern technology, contributing to the province's main industrial products.

In the field of commerce, a number of important projects are also invested and put into operation (Vincom Plaza Shopping Center, Gmart Supermarket, Cho Lon Electronic Supermarket, Xanh Electronics Supermarket) together with the rural market system, convenience stores, and commercial enterprises contributing to the formation of commodity circulation channels to serve consumption. Deputy Director of the Department of Industry and Trade of Phu Yen province, Ms. Nguyen Thi Kim Bich, said that in order to help businesses be proactive in production, improve competitiveness and expand consumption markets, the Department advised the Provincial People's Committee to issue Plan 170 / KH-UBND dated September 21, 2020 on the implementation of the Vietnam - EU Free Trade Agreement (EVFTA) in Phu Yen province, in which specific tasks are assigned to each department. The province has supported enterprises to be proactive in production, contributing to gradually improving their competitiveness, occupying and expanding consumer markets, especially export markets. Every year, the Department of Industry and Trade also actively advises the Provincial People's Committee to approve the local trade promotion (trade promotion) program to support businesses to participate in trade promotion activities, fairs and exhibitions. The province also supports enterprises to apply e-commerce to business activities, participate in domestic and international e-commerce exchanges, regularly contacting and continuously updating information from the Ministry of Industry and Trade, and Vietnam Trade Offices abroad about the situation of the domestic and international markets, trade opportunities, new regulations on import and export, and FTAs that Vietnam participates in to promptly inform enterprises of the province. At the same time, the Department always grasps the difficult situation and problems of production and business enterprises, thereby giving solutions and building practical, effective support programs and projects. 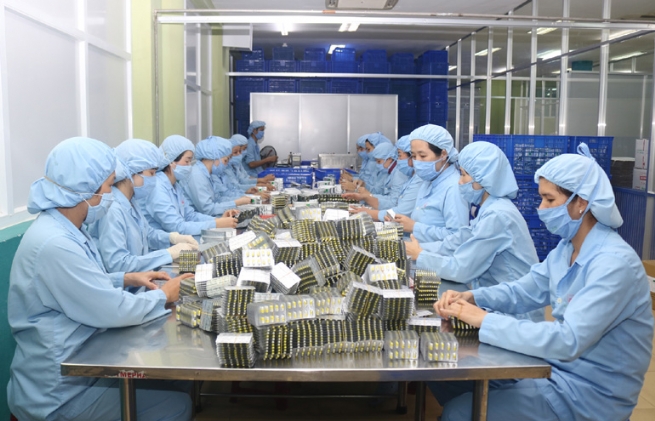 Regarding the development orientation of the Industry and Trade industry in the period of 2021-2025, Ms. Nguyen Thi Kim Bich said that in this period, industrial - commercial activities in Phu Yen province would continue to grow steadily on the basis of promoting achieved results and the effective management of the Provincial Party Committee, People's Council, and Provincial People's Committee. Some projects have been completed and put into operation, especially solar power projects, wind power projects and diet sugar production projects, contributing to creating a new development position, creating growth momentum for Industry and Trade in the period of 2021-2025. However, besides the advantages, the province's economy also faces many difficulties and challenges due to increasingly fierce trade competition among countries and global economic slowdown impacted by the COVID-19 epidemic. In that context, in order to promote the growth of industrial production, Phu Yen industry and trade will actively support and encourage businesses to focus on renovating equipment, applying energy-saving technology, and creating advantageous and highly competitive products. The Industry and Trade sector of Phu Yen will rapidly develop industries with strengths such as processing of agricultural, forestry and aquatic products, biomass energy, renewable energy, supporting industries and high-tech industries.