In order to attract resources to turn Hai Duong into a modern industrial province by 2025, the province is stepping up its external activities and investment promotion, towards large projects with great spillover. Mr. Le Hong Dien, Director of Hai Duong Province's Department of Planning and Investment, discussed this issue. Ngo Khuyen reports.

What are the results of Hai Duong province's investment promotion and attraction in 2021?

In 2021, due to the impact of the COVID-19 pandemic, Hai Duong's investment promotion and attraction faced many difficulties. But thanks to the close attention and direction of the Provincial Party Committee, the Provincial People's Committee and the flexible application of time and form, the investment attraction still achieved positive results. Along with actively exploring and accessing potential foreign markets such as: EU, US, South Korea, Japan and India, the provincial leaders worked, signed and witnessed many investment cooperation agreements with many investors such as: LH Group, Daewoo D&C Company (South Korea) and Sri Avantica Contractor Limited (India). For some EU and US multinational corporations, the province had its own investment promotion plan to attract attention in a number of key fields and projects.

With domestic investors, the provincial leaders worked with many large enterprises such as: Saigontel, Hoa Phat, FLC, TH, T&T and Xuan Truong, especially on February 15th, 2022, under the witness of the Secretary of the Hai Duong Provincial Party Committee, Dai An Group and Sri Avantika Contractors Ltd., (India) signed a memorandum of understanding on cooperation in implementing the infrastructure of the Pharmaceutical Park Project in Vietnam in Thanh Mien district, Binh Giang, covering a planned area of 960 hectares with a total investment of US$US500 million. The province also directed departments, agencies and sectors to provide information and support procedures, and guide investors in understanding and implementing projects.

In order to facilitate access to investment opportunities in the area, the Provincial People's Committee approved the List of investment attractions and temporarily suspended investment attraction projects in Hai Duong province in the 2021-2025 period (Decision 390/QD-UBND dated January 2nd, 2021. The Department of Planning and Investment together with other departments, agencies, sectors and localities also actively consulted the Provincial People's Committee, submitted to the Provincial People's Council to promulgate mechanisms to encourage, give incentives, and support investment in a number of fields. The province also focused on "on-the-spot promotion" through accompanying and removing difficulties in the process of production - business and project implementation of enterprises. 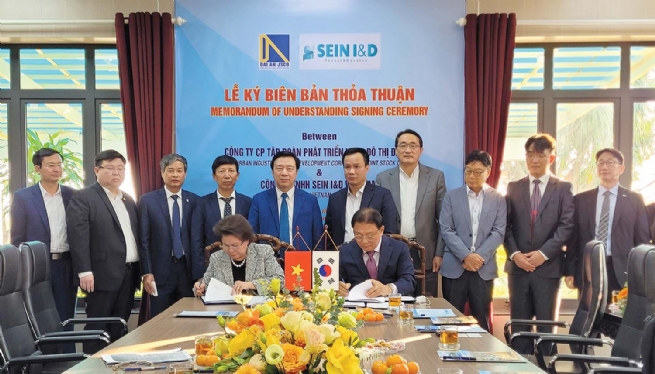 With distinct and outstanding strengths, Hai Duong has been gaining interest from a number of large investors who proposed many new projects and ideas with a large-scale and long-term vision. Specifically, the Korean L-H Group proposed a 304 hectare industrial, urban and service complex project with a total investment of $US500 million; Daewoo D&C investor proposed a project of an industrial complex, aeronautical services, and international city of up to nearly 6,000 hectares; Saigontel investor had an idea of Hai Duong dynamic economic zone with a scale of thousands of hectares. These suggestions and proposals coincide with the wishes of the provincial leaders and Hai Duong's policy of attracting investment in the current stage, thereby creating a strong consensus.

Which specific industries, sectors and partners will Hai Duong prioritize to attract investment? 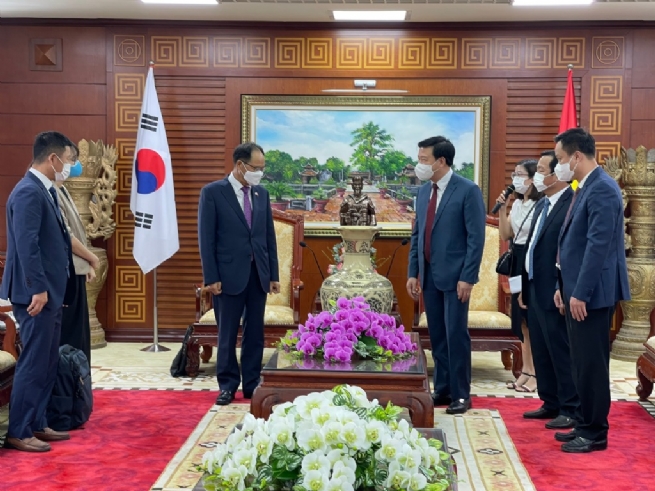 Regarding partners and technology, the province encourages the attraction of global brands with large financial capacity, stable and long-term investment ability, linkage and investment attraction for the production of ancillary products. The province also focuses on promoting investment in the field of high technology, creating added value, using many competitive advantages, contributing to promoting supporting industries and creating many long-term jobs. The province also prioritizes attracting new and clean technology enterprises, and large assembly enterprises to lead the development of supporting industry products.

To promote the attraction of investment resources to turn Hai Duong into a modern industrial province by 2025, which "bottleneck" is the province focusing on?

In the period of 2021-2025, the province will focus on removing bottlenecks of development, including:

Promote planning and effective implementation of plans: In addition to focusing on completing the Provincial Master Plan for the period of 2021-2030, with a vision to 2050, the province is actively directing and adjusting the planning of districts, general urban planning and land use planning, as well as effectively implementing the master plans as a basis for attracting investments.

Accelerating site clearance and creating a "clean" land fund: The province will mobilize the participation of the whole political system, synchronously implement solutions to speed up land clearance, especially key projects and essential infrastructure works. From June 2021, the province has established a Land Development Fund to create a clean land fund, contributing to removing this bottleneck.

Improving the investment and business environment and enhancing competitiveness are identified as one of the three breakthrough stages in the province's development in the 2021-2025 period. The Hai Duong Provincial Party Committee also issued Resolution 08-NQ/TW dated August 19th, 2021 on drastically improving the business and investment environment and enhancing provincial competitiveness in the 2021-2025 period. The People's Committee issued Plan No. 300/KH-UBNB on January 28, 2022 and has drastically implemented it since the beginning of the year. In addition, the province is also promoting the establishment of the Investment Promotion and Support Board to innovate and improve the quality and efficiency of investment promotion of the province.

In 2020, the province's market entry index reached 7.58 points, an increase of 0.13 points compared to 2019, ranking 40/63 provinces and cities and the highest among the 10 sub-indices. What solutions have you been advising and implementing to further improve the above indicators in the coming time?

In recent years, Hai Duong province has shortened the implementation time of administrative procedures, and well implemented the one-stop-shop mechanism according to the principle "One-stop - One-focal point". The Provincial People's Committee has directed departments and sectors to register to carry out the administrative procedure settlement process according to the "5 on-the-spot" option at the Center, reviewing and reducing the settlement time by nearly 50% compared to current regulations.

We have also cooperated with the Department of Information and Communications and a number of businesses (MISA Software Company, Viettel Group) to support the registration of new businesses, and at the same time coordinating with other departments, agencies and localities to actively grasp and proactively remove difficulties of enterprises and investors.

In the coming time, we will continue to create breakthrough changes in administrative procedure reform, including: Developing a process for receiving and handling business and investment procedures according to the principles of clarity of process and simplicity of procedures; clear responsibilities of each relevant agency in the settlement process; publicize the process and have a mechanism for investors and enterprises to monitor implementation. In addition, wet also promote the integration of business establishment registration with Tax and Social Insurance agencies and the Department of Labor, Invalids and Social Affairs, according to the principle of "four on the spot" at the Provincial Public Administration Service Center, with 100% of procedures online to create the most favorable conditions for business establishment.

Specifically in 2022, together with the completion of legal documents related to the order, procedures and coordination mechanism between agencies in receiving, handling and settling administrative procedures for investment projects outside the industrial park; and further shortening the time to solve administrative procedures, the Department will lead coordination with other sectors and localities to build a set of Department, Sector and Locality Competitiveness Indices (DCCI) in the province in the first quarter of 2022; at the same time, advising on innovation, improving the quality and efficiency of investment promotion and introduction activities and issuing regulations on encouraging investment attraction in the province.

With the goal of bringing Hai Duong into the top 20 localities with leading investment environments in the country by 2025, the Provincial Party Committee and Provincial People's Committee are strongly pointing out limitations and challenges and will drastically and synchronously implement solutions to clear the bottlenecks of the business environment. The province will also promote the building of a democratic, professional, modern, streamlined and efficient administration in association with building a contingent of professional, capable and qualified cadres, civil servants and public employees to meet the needs of the mission and the development requirements of the province.