How do you assess the development and role of economic zones and industrial zones 30 years after provincial re-establishment?

To increase investment funds into economic and industrial zones and facilitate investors and businesses, how has the authority reformed administrative procedures from “licensing” thinking to “service” mindset? 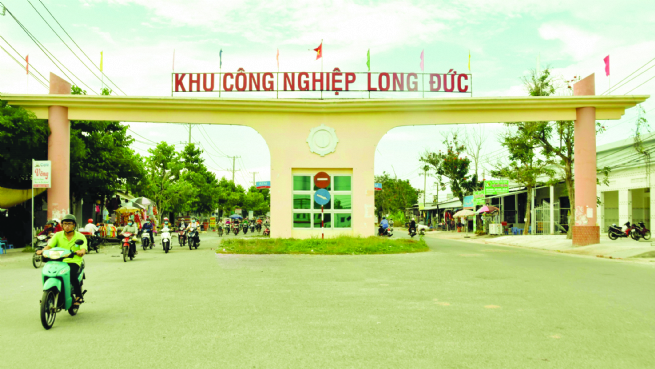 In particular, “friendly government and office”, “office smile”, “Accompanying businesses and investors to solve difficulties and problems in implementing administrative procedures” models have been widely deployed to make clear progress and helped save time and costs for businesses, thus assuring investors doing business in the province and improving the Provincial Competitiveness Index (PCI).

While the Government is carrying out economic recovery solutions and investment trends are shifting, how has the authority prepared Tra Vinh to receive investment capital flows?

Determining that infrastructure is an important factor of investment attraction, the authority has paid special attention to completing the infrastructure system in economic zones and industrial zones in recent years. We have focused all our resources to draw investors into key infrastructure projects such as infrastructure systems in economic and industrial zones, Long Toan Port Industry and Service Zone, non tariff zones, logistic bonded warehouses, urban - service - commerce - healthcare - education areas. Moreover, the authority has consulted the Provincial People's Committee to work out a resolution on Dinh An Industrial Park development in 2022 - 2025, with a vision to 2030.

In addition to focusing on infrastructure development, the authority has revised, supplemented, and promulgated some new breakthrough mechanisms and policies such as human resource training, employment and long-term life assurance (work, housing and social security for experts and workers). Furthermore, it has introduced solutions to reduce the time to settle investment procedures and support investors, applied science and technology to production for higher product quality.

While preparing necessary conditions, how has investment promotion been focused and reformed?

Despite being affected by the COVID-19 pandemic, the Tra Vinh Economic Zone Authority has actively renewed investment promotion by prioritizing localized promotion while launching many online programs to introduce the local investment environment and potential advantages at international seminars.

The authority has regularly updated and built the list of investment projects, and amends and supplements (Vietnamese - English, Vietnamese - Japanese, Vietnamese - Korean) maps and drawings of economic and industrial zones for digitization. Selected information on natural and social conditions, potential, investment environment and support policies are regularly updated on the websites of the Provincial People's Committee (www.travinh.gov.vn) and the Tra Vinh Economic Zone Authority (www.teza.travinh.gov.vn). We also order domestic and foreign media agencies to write articles and reports on newspapers and television.

Moreover, online investment promotion continued to be reformed and diversified for specific audiences and major markets such as Japan, South Korea, Singapore, and the United States. Last but not least, it fostered cooperation with foreign diplomatic missions in Vietnam, organizations and international investment consulting companies to open investment promotion activities and approach potential investors.